Actress Sophia Lillis takes on the title role of Nancy Drew—a spunky, justice-driven, curious and observant teen girl who recently moved to a small town with her widowed father. Teaming up with her two friends Bess and George, and popular “mean girl” Helen, Nancy aims to solve the mystery of Helen’s aunt’s haunted house.

Someday, I would be happy to have my daughter watch this movie. It was sweet, calm, and well-written. As a girl who loved Nancy Drew novels, I thought it was a great adaptation, much better than other cinematic attempts at beloved characters/classics. Too often, when characters/classics like this are revamped, studios try to make them dark and edgy. Those versions can be enjoyable for sure, but it is nice to have something more realistic and good-natured like this once in a while too.

I recommend this movie to ladies of all ages.

As a bonus, at the end of the movie the characters teased that their next adventure would be at the Lilac Inn. “The Mystery at Lilac Inn” was my first and favorite Nancy Drew novel, so I hope that sequel is in the works right now

This Netflix romantic comedy starring Adam Devine is sweet and quite funny.

Devine plays Noah Ashby—a kind piano player stuck in the “friend zone” with a girl named Avery; the two met at a Halloween party three years earlier. The movie opens with the 2017 engagement party of Avery and handsome Ethan. Distraught, Noah winds up intoxicated in a photo booth that continuously sends him back in time to that Halloween party, giving him unlimited attempts to redo that night and ensure he and Avery end up together.

This movie was a rewatch for me and I enjoyed it just as much now as I did several years ago. It is definitely one of Netflix’s better original movies in my opinion, and probably the Netflix film I have enjoyed the most. I highly recommend it to any romcom lover.

In this comedy horror film, Grace (Samara Weaving) has just married into the incredibly rich Le Domas family, only to learn that the family has a dark wedding night tradition. A turn of events leads to her being hunted by her spouse’s evil family in a murderous game of Hide and Seek as part of the wedding night ritual.

I don’t like intense graphic violence, so I had to close my eyes or watch the movie out of the corner of my eyes at times. I also don’t like horror films. However, this movie was actually really great. I by no means suggest it for younger viewers, but if you don’t mind the violence (or like me can watch a movie with the skill to look away at the right times), then it’s fundamentally an action thriller with a fair amount of humor—dark humor considering the situation, but humor nonetheless.

The script was punchy, the actors did a great job, and I was impressed with the character development.

Something I believe as a storyteller is that the hero/protagonist of a story and the main character, is not always necessarily the same person. The main characters are the characters you meet at the beginning who change the most (go through the most development). While Grace is unquestionably the heroine of this story and I was rooting for her audibly, her spouse Alex Le Domas and his brother Daniel Le Domas are, in my opinion, the main characters. They go through some significant change throughout the movie and seeing their characters shift is fascinating. Not a lot of movies like this have notable character growth, and watching it between two brothers on opposite trajectories was cool.

Overall—it’s not my typical kind of movie, but surprisingly entertaining and certainly well-done.

Side note – How great is Samara’s wedding dress?! 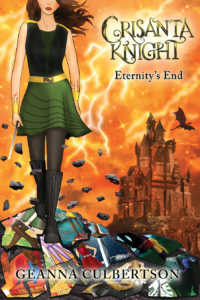